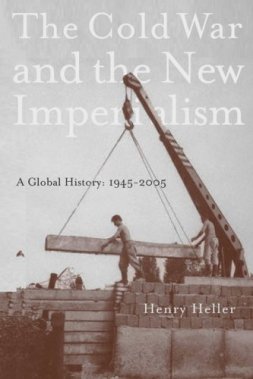 “History clearly has not ended,” writes Henry Heller in the preface to his book. “Indeed, the future has never been of greater concern to humanity, and yet it appears more confusing, less certain, and more pregnant with change than ever.” To shed light on the current world disorder, the author set himself the ambitious goal of describing and analyzing the primary political and economic events and trends of the entire post-WW II era. The purpose of this book, the author states, “is to order and explain the kaleidoscope of recent events.” While there may not be all that much that is new for the seasoned activist who has lived through most of the period described, the book is aimed more at a younger audience, thirsting for a deeper understanding of the current world situation. As such, this synthesis scores over most of its rivals through its broader scope and deeper understanding.